Regardless if you're a professional gamer an eSports bettor or even just some avid gamer who wants to watch professional gamers battle it out in video games through prestigious and highly esteemed tournament online games and events, there's no doubt that the best platform for you are the top video game tournaments of today. With the eSports scene already becoming part of the mainstream and with a following of people that amazingly reaches all across the four corners of the globe, it is the only evidence that there are more and more tournaments today on varying levels. Out of all the tournaments, there would always be those that are more famous than others and some of these eSports Championship tournament are events that you should not miss out.

With how numerous the number of eSports Championships there are around the globe, you'll surely be surprised that there's still a long list out of them that are on the international platform and are renowned worldwide. Learning more about them could help you have some championships squeezed right into your bucket list or they could also be points of interest for you if you are planning to bet on eSports and rake some money in the process. Whatever your purpose may be, keep reading to find out more about these video game and online slots tournaments .

The Swedish Gaming Convention, Dream Hack, has managed to set itself apart from others by their highly populated conventions that are held in an annual manner which could be done during the scorching heat of the summer or on the chilling cold of winter. The venues could potentially be different in every event but regardless of where it's held, it still manages to capture the attention of the industry as a whole. This is due to the fact that Dream Hack is said to be the convention with the largest LAN setup for participants to enjoy. Although such a title is something that they have proclaimed themselves, you would feel that it's a well-deserved title once you see just how incredibly mind-boggling their LAN setups are during their conventions.

More often than not, the Evolution Championship Series is known for being called EVO and as long as you say that to a fellow avid gamer, there's no doubt that they'll answer you enthusiastically, knowing that it's practically one of the most ginormous eSports Championship in our current generation. It is a critically acclaimed video game tournament, renowned for battles that have truly gone down in the annals of history or at the very least, the history of gaming. Games in the EVO Championship are legendary and here, you'll see players showcasing their skills in a bunch of diverse games from Street Fighter, Ultimate Marvels VS Capcom 3, Super Smash Brothers Melee and a whole lot more. The EVO eSports championship is also something that's held on the Sin City, Las Vegas, and this makes it an even better option for those who are fond of waging on eSports or even other waging games or options. 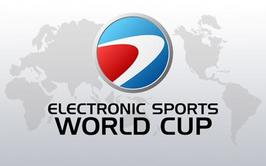 The eSports Pro industry has become so immensely popular and gargantuan, that the pools of prizes on diverse games could reach millions of dollars or Euros easily. What you'll surely love more about this outstanding event, lies in the fact that it utilizes long lists of games for players and audiences to enjoy the event more. There are events wherein games like Trackmania VR, Just Dance, FIFA, Call of Duty, CS:GO, Shootmania and even more, are played during the tournament. Just from this alone, one could infer that this world cup is more diverse than your usual eSports Pro Video game tournaments. This is exactly the reason why the World Cup is also highly anticipated by numerous people throughout the globe, especially those who are confident enough to place their bets on their favourite teams.

Are you a fan of Pokemon? If you've watched how the Pokemon series have journeyed from the bottom to the top, you'll surely see that one of the most critical factors in the story are the battles amount trainers and of course, the tournaments which the protagonist aim to dominate. If you believe yourself to be the next top pokemon trainer or if you just merely want to watch epic pokemon battles unfold right before your eyes, the Pokemon World Championship is definitely your best bet. However, if you're thinking about the common video games today that you could play on phone or on other devices, think again as this championship is for those who are fond of playing Pokemon Cards or watching it being played.

From the aforementioned tournaments to the World Pump Festival and other tournaments available, it is easy to see that there's definitely more to come in this industry that you should anticipate in the foreseeable future.